May was another frustrating month for the JSE All Share Index, with a variety of factors providing headwinds for local stocks, which were down 3.6%. Bonds also fell 2%. After providing a glimmer of hope in the first quarter, GDP figures for the second quarter were shocking. Business confidence also took a dip and it became apparent that the glow of “Ramaphoria” was quickly subsiding as investors took stock of a decidedly flat business environment. Adding to the woes was a sharp increase in fuel prices which further damaged prospects for an upturn in consumer spending.

Predictably, given the seemingly unending bad news concerning the Resilient stable of property companies, the Real Estate sector on the JSE took a beating, down 6.7% for the month. However, with the prospect of higher inflation in store, landlords can at least look forward to higher rentals. All they need is a wider acceptance that real growth in the economy is more than just a pipe dream.

Fortunately, investors offshore were able to take advantage of perhaps surprisingly strong performances by the likes of the Nasdaq, which was up 5.32% in May. The S&P500 in the US and the UK’s FTSE100 were both up about 2%. The information technology and semiconductor industry in America is looking particularly healthy, with the likes of Nvidia, Alibaba, Micron and Paypal shooting the lights out over the past year or so.

Looking more closely at the JSE, basic materials was the only index to deliver a positive performance in the month (up 3.62%) and the worst performing sector was industrials (down 10.21%). Leading the pack of outperforming stocks were BHP Billiton (up 8.6%) and Sappi (up 4.2%). It was good to see Anglo American, Sasol and Mondi remaining resilient, but unfortunately they were let down by a slew of bad showings elsewhere on the JSE. Consumer goods companies such as Truworths and Foschini (TFG) reflected the general sense of tightness in the retail market.

The hedge fund was down 4% for the month. Short holdings in Sun International (which rose

23.9%) and Murray and Roberts (up 16.8%) were a drag on performance. Long holdings in Barloworld and Bidvest were also a significant handbrake.

A disappointing -3.2% for May, mainly due to holdings in Astral Foods, FirstRand and Barloworld. The top performers were Exxaro and Trencor.

Reflecting the fairly buoyant international market, the fund was positive by 5.7% in May, bringing the year to date performance to over 12%. Top holdings in the fund are Nvidia, Adobe and Amazon. In the year to date the S&P500 is up about 3%, which doesn’t totally show the outstanding contributions of Amazon, Microsoft, Apple and Netflix, which lead the market and perhaps obscure the laggards in the “old man” industrial or “smokestack” sectors.

Generally May was a tough month with most South African stock sectors and indices down, and bonds failing to outperform.

As you can see from the chart, the JSE All Share Index has stalled below the 50,000 mark and will require a significant change in market sentiment before it shows signs of bullishness. Interestingly, more than a few local fund managers have commented in the media that selected local stocks are showing signs of value and we can only hope that this translates into a more protracted period of market strength.

As it is, though, Emperor’s MSX-Monthly momentum indicator for May was just 44.58, while the weekly momentum indicator was at a decidedly weak 24.The figures show a worrying fall in sentiment in the local market, indicated by the percentage of shares in the index that showed showed upward trends in price. By comparison, April’s numbers were strong, at 56 (monthly) and 54.20 (weekly), which with hindsight showed a rather misdirected show of buying strength.

In terms of market confidence, Emperor’s Rule of 18 for May remained at a relatively expensive 21.52. Clearly, company earnings are only just keeping pace with stock prices, with little indication right now that a turnaround is in store. For the short term, we can expect more sideways churn in local stocks until more obvious signs of a broader economic upswing come into view. 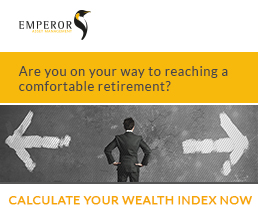